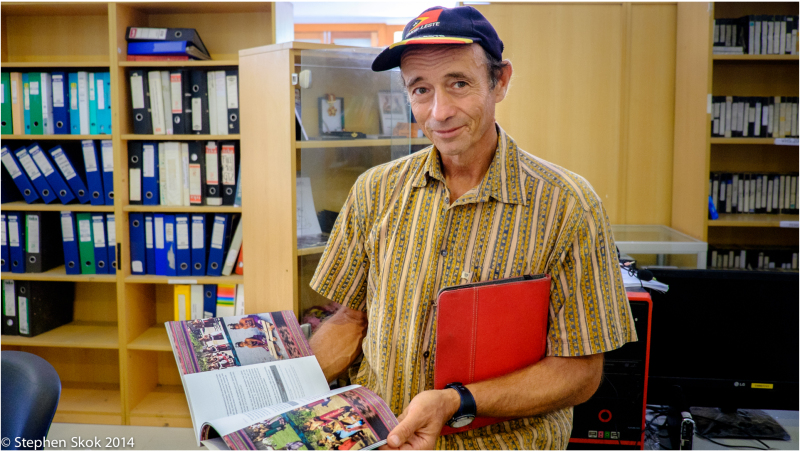 Things To Do In Dili, Timor Leste ...

This is Max Stahl, the director of the Centro, which is responsible for recording Timor Leste's national digital history and training a new generation of young Timorese filmmakers.

More importantly, he was an eyewitness, with a video camera, at the Santa Crux cemetery massacre carried out by occupying Indonesian military in 1991. It’s generally agree the 270 people were killed. About another 250 were injured and Max argues that around 100 of these also perished at the hands of the Indonesians during the aftermath.

Max managed to survive and have the footage smuggled out of Timor. This resulted in a documentary, In Cold Blood: The Massacre of East Timor, broadcast worldwide, graphically illustrated the treatment of the Timorese by the Indonesian occupiers. Until then, countries including Australia and New Zealand turned a blind eye to the maltreatment of this tiny this suffering people.

AND SO ENDS THIS SERIES, THINGS TO DO IN TIMORE LESTE.