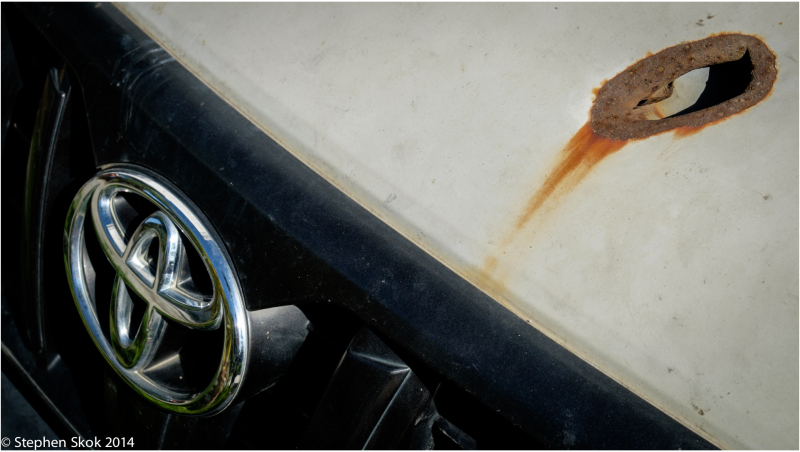 Posted by Stephen Skok (ASCOT VALE, Australia) on 24 June 2014 in Transportation and Portfolio.

On the morning of 11 February 2008, Timor Leste’s Prime Minister, Xanana Gusmão was ambushed in his Toyota Prado by disgruntled soldiers. A front tyre was shot out and more bullets were fired into the car. Xanana and his driver escaped unhurt. This followed an earlier attack on President Ramos Horta’s residence that left him injured and the rebel leader dead.

The Toyota Prado now serves as a reminder of Timor Leste’s turbulent history and is permanently on exhibit outside the The Xanana Gusmão Reading Room in Dili.

Thank you. I had to think about it for a while, in the hot mid day sun.