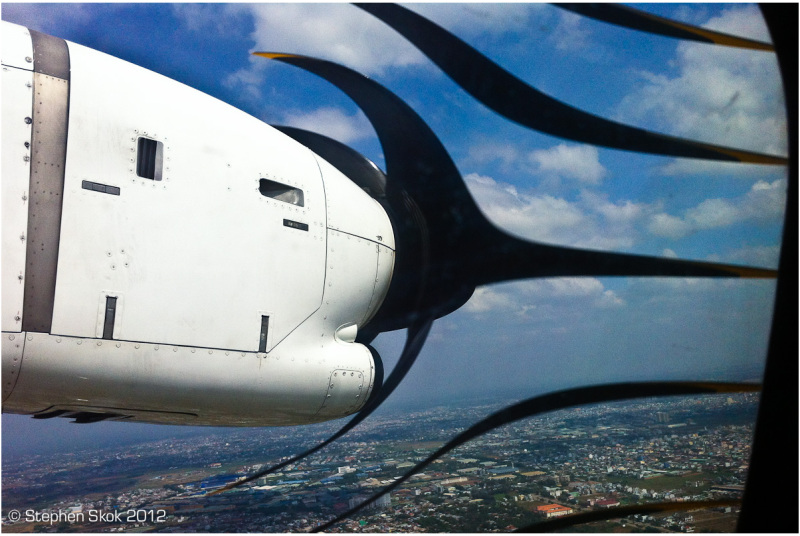 A lot's been said about the rolling shutter effect caused by CMOS sensors in modern cameras & devices such as iPhones. Here's my contribution.

This pic was shot on an iPhone 4 (not 4S) through the window of an ATR 72, a twin-engine turboprop short-haul regional airliner built by the French-Italian company ATR. I shot this in January 2012, on Lao Airlines flight from Pakse (in the south) to Saigon.

Check out my other site, http://www.stephenskok.com where I have video clips of rolling shutter effects from the iPhone 4 and Canon 7D.