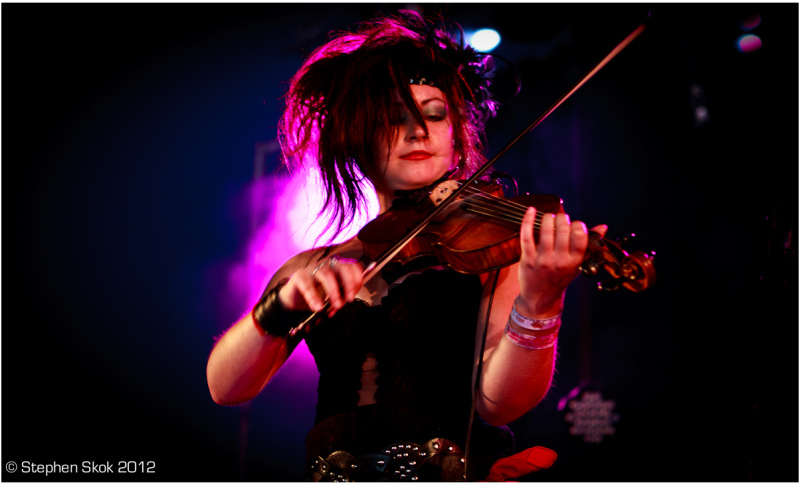 According to them, they've enticed audiences around the globe, with their vaudevillian, cabaret, junkyard gypsy blues.

Reminiscent of 20's Paris Bohemia transported to a Romanian tavern and then set adrift on the high seas, their original music is strongly influenced by the music of Eastern Europe, Greece, France and Spain as well as hip hop and hobo jazz.

@Curly: Thanks, but on occasions it would be great to shoot from somewhere other than below.