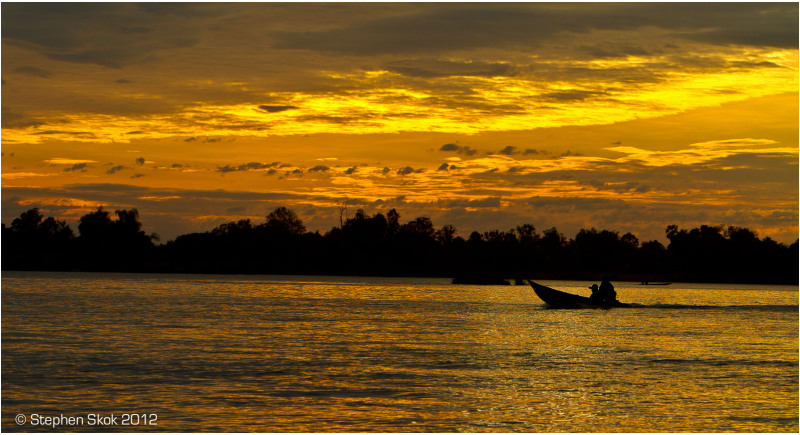 Another pic aken from a boat we hired to take us on to the Mekong just before golden hour. Again, this was a quite stretch, in amongst the islands of the Si Phan Don (Four Thousand Islands) area in southern Laos.

As was the case with my earlier pic (12 March) was quite cloudy when we set out, but eventually managed to take advantage of the the light that presented itself.

@omid: Wow! Love your enthusiasm for my work, Omid. Thanks.

@alex centrella: Thanks Alex. It's all in the light - the big key light in the sky.

@L'Angevine: Yes, it's a nice visual reminder of the good time I too had in Laos.