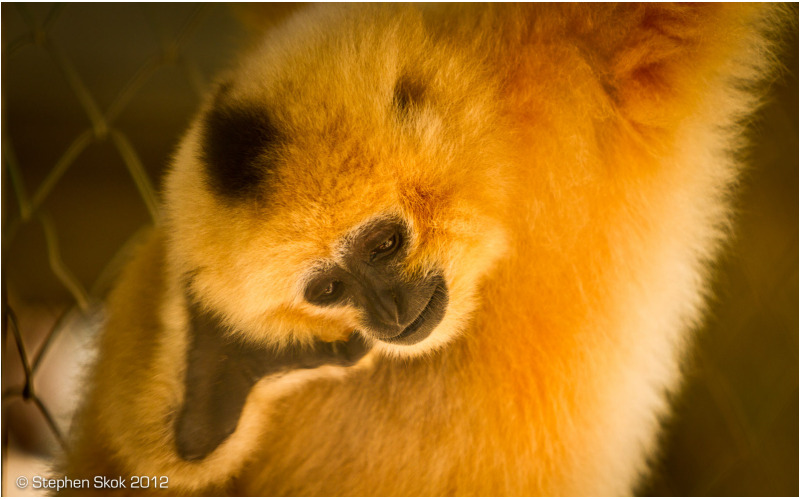 Hoi, a female gibbon, I was told, by the manager of the hotel where she now lives, was bought from a local market in the hills nearby.

Her story is that her mother was somehow killed and Hoi a a very young age would not have survived on her own. She was bought by the owner of a boutique hotel owner on the island of Don Khon where she live in an enclosure about 10 X 3 X 2 metres. She has toys, things to swing on and appears well fed and receives regular bottles of water. The manager assured me that she often gets let out and roams the hotel grounds. Her enclosure is mostly used to keep her from interfering with guests and the orderly running of the place. So I'm told. From the little I saw, I can't say otherwise.

fantastic this light and a very special mood! great!

@klausZ: Thanks Klaus. Just goes to show how useful the sun is. ;-)

@omid: Thank you once again, Omid.