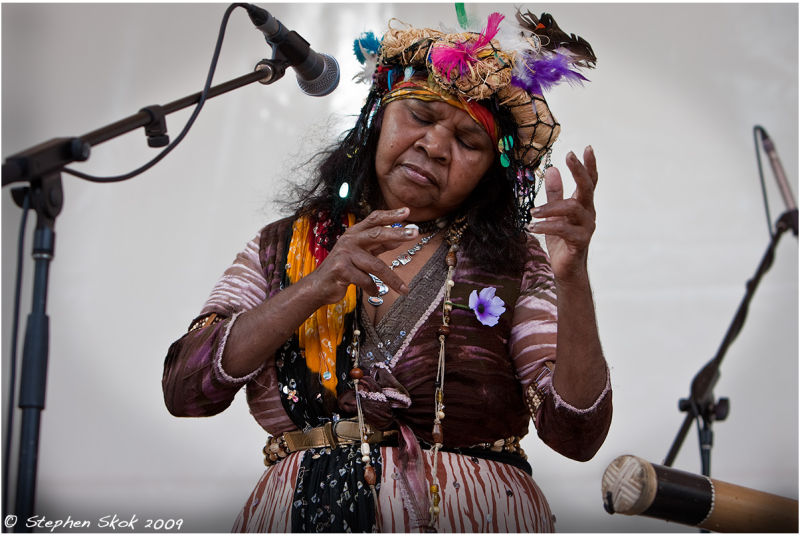 I took this pic at the Sorry Day celebrations in Federation Square, Melbourne, 13 Feb 2008.

On this Wednesday Prime Minister Kevin Rudd deliver the National Apology to Members of the Stolen Generation, fulfilling an election promise made in 2007. Federation Square was packed for the apology and the celebrations afterwards.

Archie Roach, Ruby's partner since they were teenagers, headlined the celebrations along with Ruby.