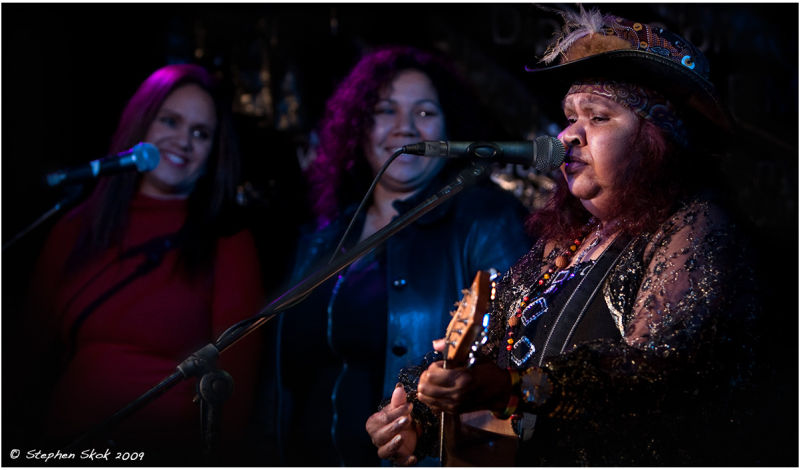 Another pic from the Aussie Queens of Melody gig at the Corner Hotel in Richmond, June 2009, the last time I saw saw Ruby.

Supporting Ruby are, Djiva (Jeeva) with Della Rae Morrison at left, a Noongar from the South West of Western Australia and Jessie Lloyd right, a Murri from North Queensland. A great act in their own right.