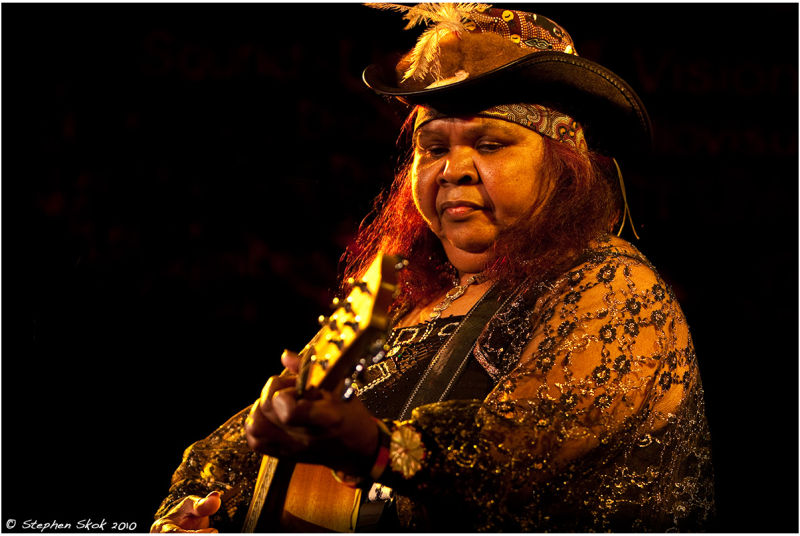 Ruby a Ngarrindjeri woman was from South Australia and part of the Stolen Generation. She met her lifelong partner Archie Roach when they were both homeless teenagers.

Ruby received two ARIA Award nominations - 1995 and 2000. She won Deadlys in 2000 for Female Artist of the Year, 2003 for Outstanding Contribution to Aboriginal and Torres Strait Islander Music and 2004 for Excellence in a Film and Theatrical Score.

I've had the privilege of photographing Ruby and Archie on several occasions over the last few years. I first met Ruby while taking pictures for Archie's new album, Journey. This picture is from an Aussie Queens of Melody gig at the Corner Hotel in Richmond last June, the last time I saw Ruby. More pix over the next few days.

Ruby will be greatly missed.