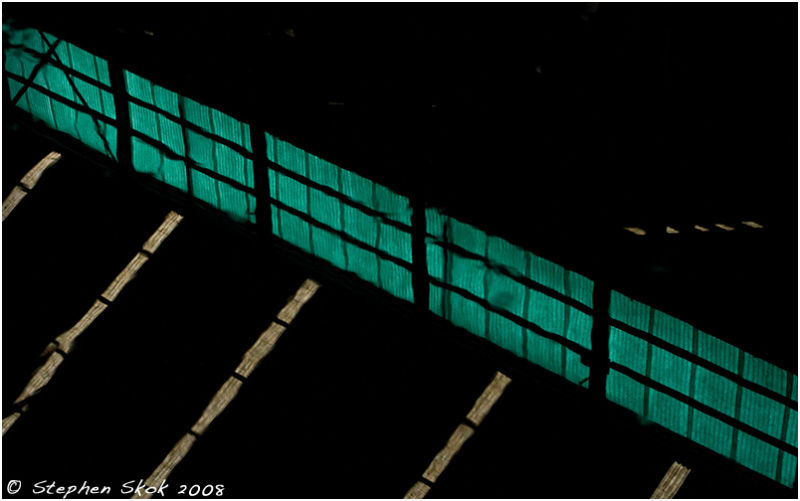 I shot this back in September at the Biennale of Sydney 2008, in one of the industrial exhibition spaces on Cockatoo Island. It was a wet miserable day and this is a reflection of a giant shipyard workshop roof in water that had leaked on to the floor. And naturally, I was inspired by the art around to produce something in the spirit of the event.

Cockatoo Island is a former prison, industrial school, reformatory and gaol. It was also one of Australia's biggest shipyards, partially built by convict labour. Much of its space was used by the Biennale to host an extensive range of exhibitions and installations.

Wow! This is a really impressive image, Stephen. So well seen, framed and processed. But isn't that one of the great joys of photography? It is for me, at least... Making something almost out of nothing!

@Andrew Gould: Thank you, Andrew. I agree with you about one of the joys of photography.

well composed and nice colours too

@Batkoï: Thank you, Batkoi. It was a wet and miserable day, but in Sydney, I can always find something to work with. Thanks for visiting.