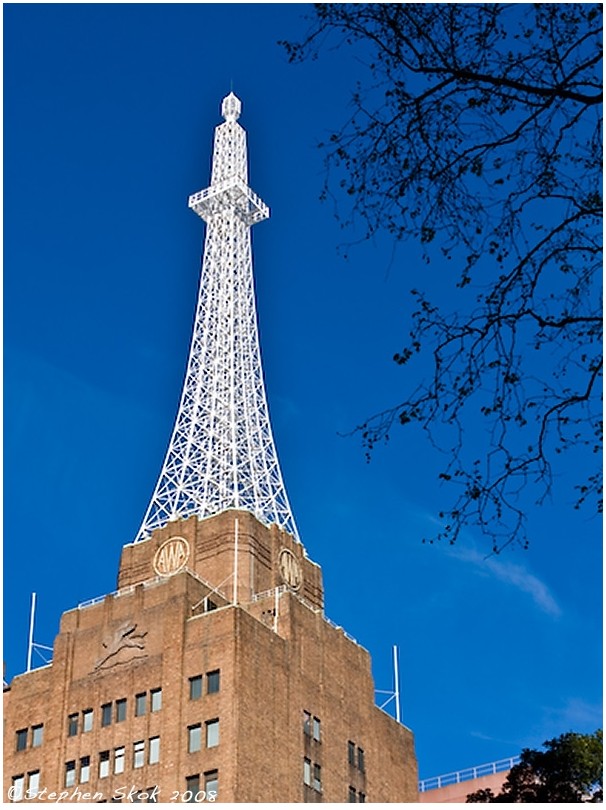 Posted by Stephen Skok (ASCOT VALE, Australia) on 12 September 2008 in Architecture and Portfolio.

A week back I visited the fabulous Art Deco exhibition in Melbourne, which opened my eyes to the many examples of the genre that still remain in our cityscapes. I found this fine example in Carrington St, Sydney, near Wynyard Station. AWA (Amalgamated Wireless Australasia) was a leading electrical & electronics innovator and manufacturer, dating back to 1913.
Nowadays, the AWA acronym is mostly associated with the former Howard government's much loathed, Australian Workplace Agreements.

The top makes me think of the Eiffel Tower in Paris, nice catch !

@Faon: Yes, it does evoke the Eiffel Tower. But the white makes all the difference.